What a 24 hours it was for the Diamond Dawgs!

With their backs to the wall and needing a pair of regular season ending, back-to-back wins on consecutive days against two formidable foes, Coach Kevin Yoder’s Tri-Valley varsity baseball team delivered in the clutch, getting a thrilling 5-4 extra-inning Tuesday night, May 7 win over visiting John Glenn, then – just 24 hours later – getting the job done at Sheridan, with a 10-6 win over the host Generals.

The big Sheridan win gave the Scotties a share of the 2019 Muskingum Valley League crown, as the Diamond Dawgs and Generals finished the regular season with identical 13-3 conference marks.  The MVL title is the school’s 14th baseball conference crown, and third in the last four years.

But it wasn’t easy.

Tuesday night at Wolford Park, the Scotties welcomed John Glenn back to Dresden to continue a battle that the Diamond Dawgs and Muskies had started back on May 2, but was halted in the top half of the fifth inning due to a lightning and rain delay with the score tied 2-2.

The Muskies struck quickly when play resumed, plating a pair of two-out runs with help from a Scottie fielding error for a 4-2 lead, but the Diamond Dawgs responded in swift fashion, getting rbi singles from Kaden Lawler and Justin Fernburg in the bottom of the fifth inning to tie the contest at 4-4.

And that’s how things stayed for awhile, as the fiercely fought contest between the two long-standing baseball rivals slipped into extra innings.

After a scoreless eighth frame, the ninth inning of play saw John Glenn advance a runner to second base with two outs, but a pop fly to centerfielder Skye Bryan secured the important third out, setting the table for some Scottie fireworks in the bottom of the ninth inning.

TV freshman standout Ty Smith led off the ninth with a sharp single to centerfield, advanced to second on a Muskie wild pitch, advanced to third on a steal, then raced home (see below) with the winning run on a one out single from senior Kaden Lawler, setting off a celebration on the field (see below) and the home stands. 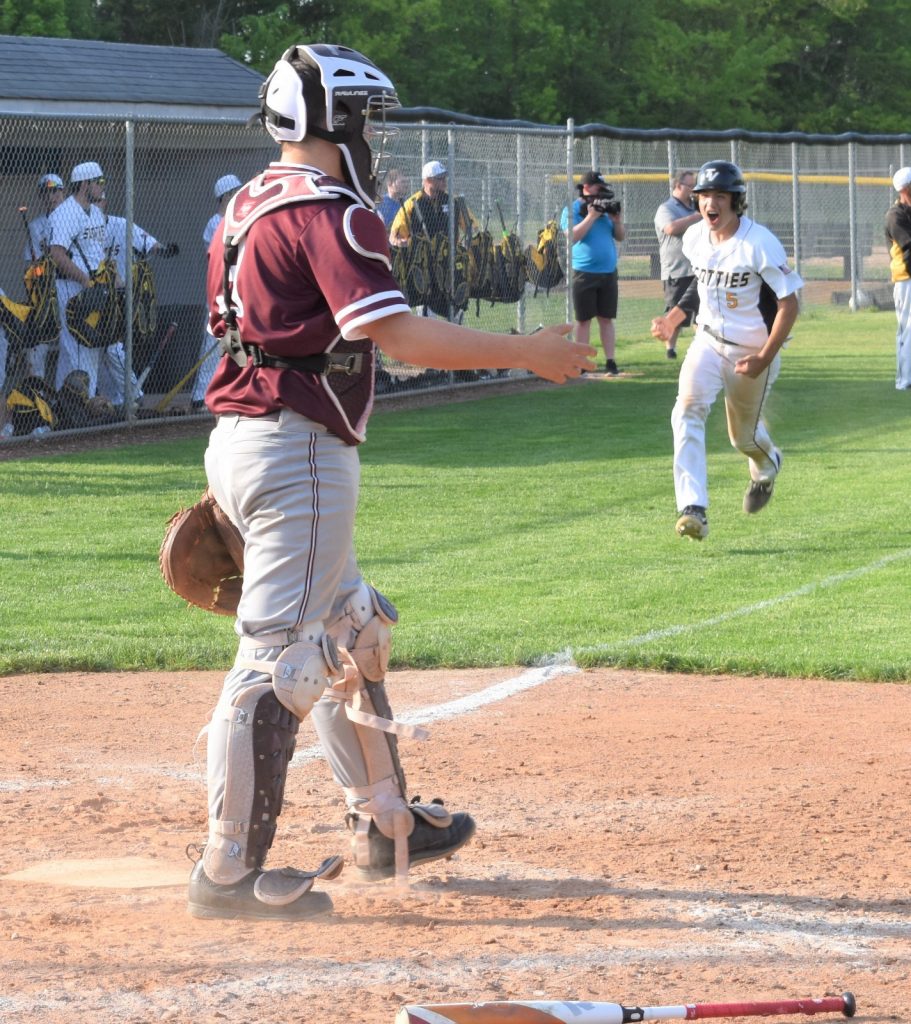 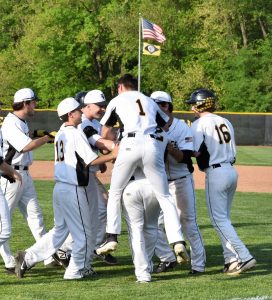 With the important John Glenn in tow, the Scotties boarded the bus to Thornville Wednesday afternoon knowing that a win over host Sheridan in the regular season finale, would give them a share of the 2019 MVL baseball crown with the Generals.

And that’s just what the Scotties did, banging out 18 hits and scoring ten runs to bring home a 10-6 win, and a piece of the MVL trophy with them.

The Diamond Dawgs scored in every inning but one, building a 3-0 lead after three innings of play, then tacking on seven more runs to own a commanding 10-2 lead heading into the bottom of the seventh inning.

To their credit, the host Generals plated four runs in their last at bat, but for Sheridan, it was too little, too late, as the Scotties rode home with the sweet 10-6 win, wearing the conference crown, as well as sweeping the season series with SHS as well, and improving their overall record to 14-8 heading into the post season.

Pacing the Tri-Valley’s 18-hit attack was Scottie multiple hit performers Kaden Lawler, Chase Kendrick, and Drew Richert – all with three hits apiece, while Ty Smith, Justin Fernburg, and Dalton Ankur clubbed a pair of base hits each, and Skye Bryan, Aiden Fritter, and Brennon Mitchell contributed singles to the winning cause.

Scottie senior flame thrower Chase Kendrick got the nod for the mound start in the MVL title decider, and came through in his typical outstanding fashion, scattering seven hits and six runs, while striking out six Sheridan batters and giving up just one base on balls.

A Salute to the seniors!

Pictured below are the four TVHS baseball seniors who were celebrated and recognized during their Senior Night ceremony back on May 2, prior to the start of the TV vs John Glenn game, which was suspended to due to lightning, and resumed on May 9, with a Diamond Dawg win!  Left to right are:  Dalton Anker, Chase Kendrick, Kaden Lawler, and Justin Fernburg.  Thanks for the memories fellas! 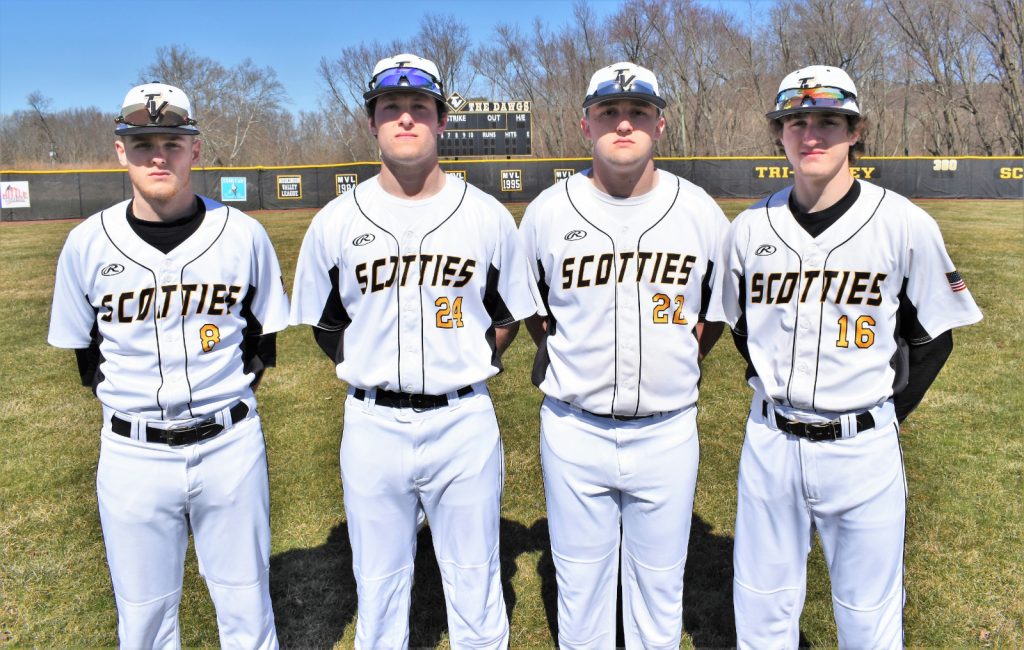