After spotting the hosts an opening set win, the Lady Dawgs roared back with three straight decisive wins to earn the triumph, improving their Muskingum Valley League record to 8-5, and overall mark to 11-7.

Coach Laura Seward’s Lady Dawg JVs posted a win as well over Philo in the reserve contest, taking a 25-8, 26-24 win back to Dresden with them, and were led by Keyona Murphy’s seven kills and one dig, and Reagan Rhodes, with five aces and seven assists.  The win upped the Lady Dawg JVs record to 9-4 in Muskingum Valley League play and 12-6 overall on the 2020 season.

The Lady Dawg varsity, JV, and freshman teams are back in action on Thursday, Oct. 8, when they welcome John Glenn to Dresden and The Dawg House.  The Lady Muskies defeated Tri-Valley in the first round of conference play in New Concord, back on Sep. 10.

In the photo below, talented Tri-Valley freshman Eva Dittmar is pictured celebrating a TV point with her teammates, after her ‘kill’ vs West Holmes on Saturday, Oct. 3 at The Dawg House in TV’s win over visiting West Holmes. 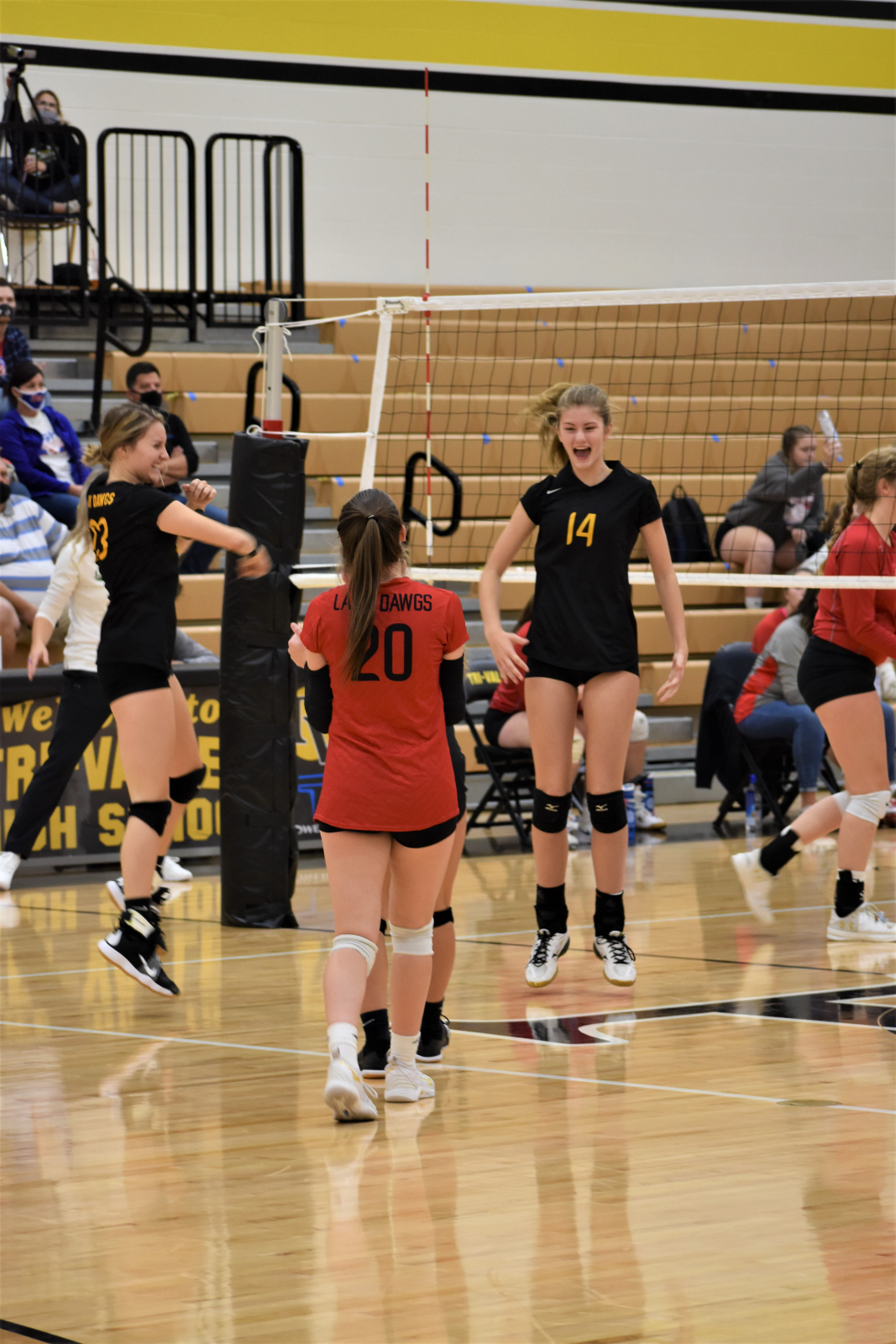