For just the second time in school history, the Tri-Valley golf team is headed to the holy grail of high school golf in the Buckeye State –  the Ohio High School Athletic Association State Golf Tournament.

Tri-Valley won the District title with a total score of 316, edging out runner-up Marietta (320) and third-place Warren (330) in the 7-team field.

“I couldn’t be happier for our team.” said a proud Coach Doston.  “The boys worked hard and have been consistent all year.  I’m especially proud of them for not getting down after a tough loss last week at the regular-season ending Muskingum Valley League Tournament; they stay focused and performed like I knew they could in the post-season.”

Scottie senior Drew Johnson earned medalist honors at the District Tournament with his sizzling 69, followed by key state-qualifying assistance from his teammates, in the form of TV linksters Jaret Talbot (80), Daniel Sparks (82), and Braden Smith (85).  Caden Pieper also fired an 88 for the winners.

The 2020 OHSAA State Golf Tournament will be played October 23/24 at the OSU Scarlet Course. 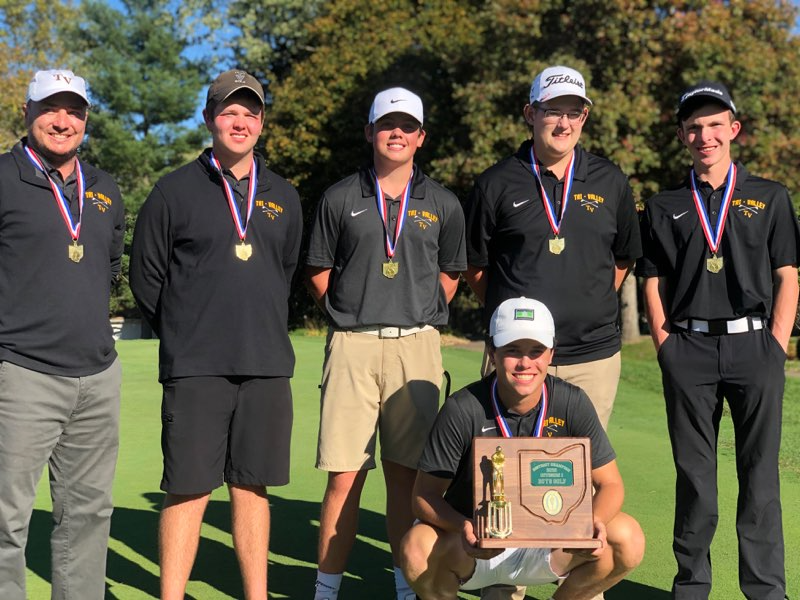