Tri-Valley head football coach Cam West and his staff picked the following Scottie team members in both pictures below as ‘Players of the Week’ for their performance in the Scottie’s 50-0 win vs the Columbus Centennial Stars last Friday night in Dresden at Jack Anderson Stadium in both team’s postseason opener.  Coach West offers the following about their performance:

Defensive POW- Entire Defense:  (Above) Holding a team under 100 total yards for a game is impressive, but our D managed to hold Centennial to -34 yards which is outstanding and almost unheard of. Coach Cameron had a great plan going in and our entire defense came ready to play. We played fast and physical the entire game. We caused turnovers, negative yardage plays, and got off the field on 3rd down. It was a very impressive performance. Kneeling front row, left to right are: Luke Hill, Ben Williams, Seth Schneider, and Andy Hill. Standing back row: (l-r) Blake Sands, Ethan Williams, Hansel Holmes, Luke Lyall, Zach Baker, Alex Williams, and Jalen Goins-Chandler. 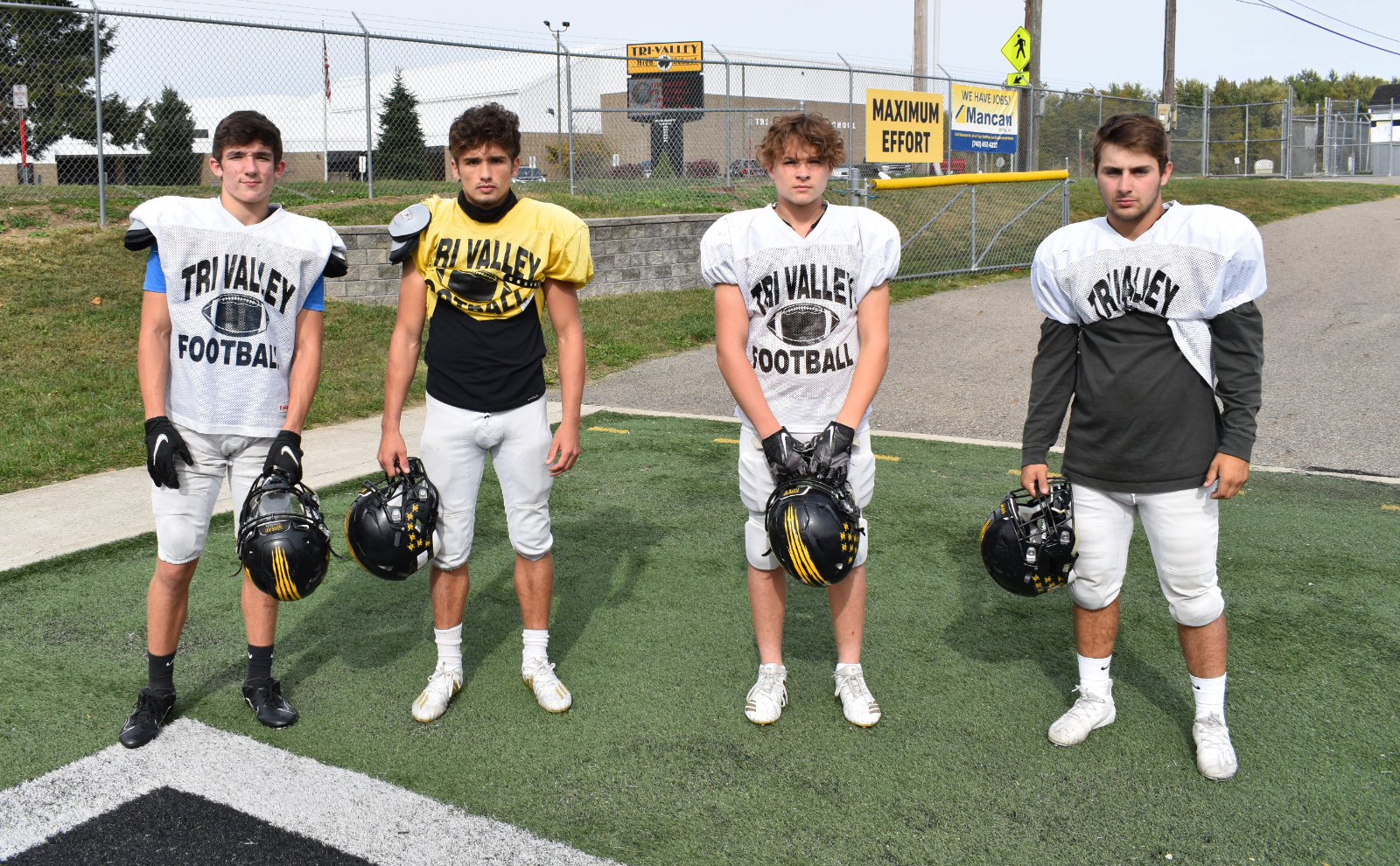 JV POW- Grant Dal Ponte: Grant (far left, above) has been outstanding each and every Saturday during JV games. Saturday against Licking Heights, he got our offense rolling with a long TD catch on a vertical route. Grant has really good hands and a great feel for the game of football. He continues to get better and better each week.

Offensive POW- Isaiah Armstrong: Isaiah (second from left, above) played great at tailback during the game vs Centennial. His willingness to block and physicality stood out to the coaching staff. His lead block on QB lead was a huge reason for our last score.

Scout Team POW- Brandon Godfrey:  Brandon (second from right, above) has done an outstanding job for us on scout team the entire year. He is willing to give our first team a great look. He understands the importance of scout team and plays hard every single day.

Special Teams POW- David Coleman:  David (far right, above) looked very good kicking his first PAT of the year and also kicked off for us. David is constantly staying after practice working on his kicking game. I was happy to see all that work pay off for him.