Tri-Valley swimmers, once again, put their goggles on and opened the doors of the MVFY to three neighboring high school swim squads last Saturday, February 6. Scottie swimmers were able to “out point” Newark, Lancaster as well as Belmont Union in the effort.

Both girls and boys relay teams helped the Dawgs jump off to an early lead by finishing in first place in the 200 Yard Medley Relay. A team of Larissa Lynch, Clare Waggle, Seryna Mann and Emma Pratt improved their ‘seed’ time by over five seconds and touched the wall over four seconds ahead of their closest competitor. For the boys, the team of Mason McDaniel, Cyrus Dittmar, Hansel Holmes and Blaine Cox finished eleven seconds ahead of their competition and bettered their ‘seed’ time by over eight seconds.

Following closely for the girls was the team of Avery Dunn, Mazie Mallett, Abri Mallett and Mia Fuhriman who came in third as well as the team of Anna Thomas, Katie Davis, Rhiannon Shaw and Annika Lindsey. Finishing in fourth place for the boys was the foursome of Isaac Lanning, Arpen Parekh, Jonathan Barker and Gabe Lentz.

Events Three and Four were the Girls and Boys 200 Freestyle. Emma Pratt and Annika Lindsey were top finishers for Tri-Valley in the girls swim while Ethan Ankrom and Schawn McDonald represented the boys finishing less than two seconds apart from each other.

Larissa Lynch captured second place for the Scotties in the Girls 200 Yard Individual Medley followed by teammate Avery Dunn. Cyrus Dittmar was the lone entrant for the boys in the Individual IM where he finished second and was well ahead of his third-place competition.

Senior Larissa Lynch was the first-place finisher in the Girls 100 Yard Free followed in second and third by the Fuhriman sisters (Jesi and Mia) both of whom bettered their ‘seed’ time in the event. Following closely were Scotties Emma Lewis, Katie Davis, Rhiannon Shaw and Anna Thomas. Gabe Lentz and Arpen Parekh represented the Scottie boys in the 100 Free.

Seryna Mann and Allie Norman came in third and fourth for the girls in the marathon 500 Free. On the boys side, Blaine Cox captured first place as he improved his ‘seed’ time by nearly 10 seconds. Cox was followed by Jonathan Barker (third) and Isaac Lanning,

Senior Clare Waggle nailed down first place in the Girls 100 Yard Breaststroke just ahead of teammate Mazie Mallett while Jonathan Barker finished second for the boys followed by Gabe Lentz.

Final events were the Girls and Boys 400 Yard Free Relay. A foursome of Seryna Mann, Abri Mallett, Jesi Fuhriman and Larissa Lynch defeated all competition by over 40 seconds to finish first. They were followed by teammates Mazie Mallett, Ava Harris Emma Lewis and Allie Norman.

All-in-all the Scotties swam well as they continue to progress and improve. 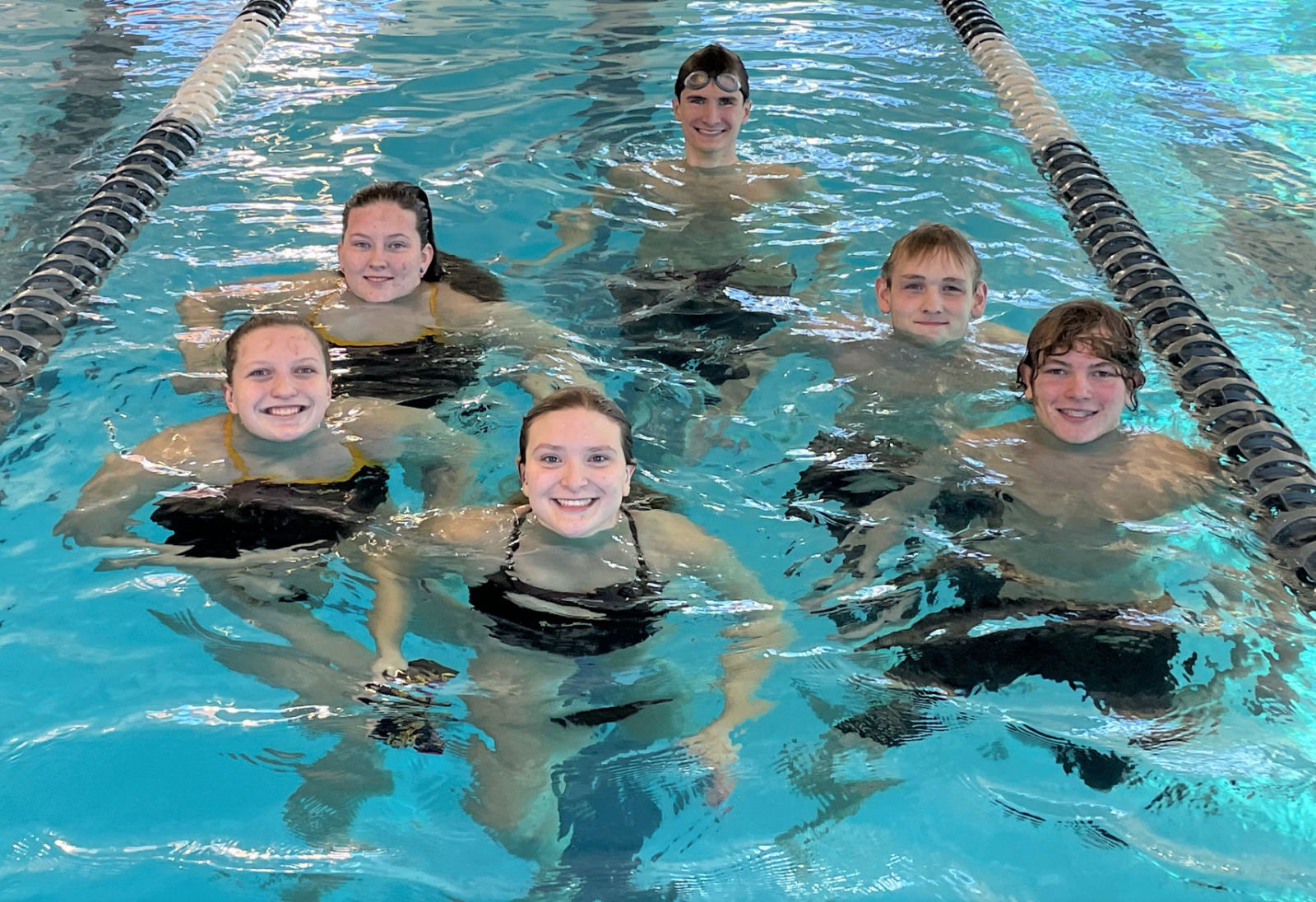