Coach Todd McLoughlin’s Tri-Valley boys basketball team needed a win on Friday night, Feb. 12 at Philo in the regular-season finale to secure at least a share of the Muskingum Valley League ‘Big School’ division title for the 2020-21 season.

And it was a win they got, as the Scotties made 11 of their 14 attempted fourth-quarter free throws – and held on down the stretch – to preserve an 84-72 victory over the host Electrics to share the ‘Big School’ division title with Sheridan, who defeated John Glenn 66-42 Friday night, Feb. 12 in New Concord in their regular season closer.

In the first year of the conference’s expansion that split the MVL into ‘big school’ and ‘small school’ divisions – and after the addition of Coshocton, Meadowbrook, and River View into the league – it was Tri-Valley and Sheridan (who shared the MVL title last season) who earned top ‘big school’ honors in the Muskingum Valley League’s inaugural 12-team season, while the talented Meadowbrook Colts took the MVL’s ‘Small School’ crown.

But host Philo gave the Scotties – who finished the regular season with an 11-6 overall record and 11-3 mark in overall MVL play – a run for their money.

Tri-Valley starting guard and leading scorer Luke Lyall provided the visiting Scotties with plenty of offense in the first half against the host Electrics, as the talented junior southpaw accounted for 20 of his team’s 47 first-half points – scorching the nets for 13 first frame points for a 28-22 advantage at the end of the fast-paced first break, then scoring seven more second stanza points, as the black and gold enjoyed an 11-point cushion – 47-36 at the halftime break.

Philo’s talented 6’7” big man A.J. Clayton is all as advertised – and more – as the Electric’s standout accounted for 16 of his team’s 36 first-half points.  Philo’s Owen Smith, Jason Radcliffe, and Wesley Wilson also lit up the host’s scoreboard for a combined 18 points.

Luke Lyall wasn’t done though, as the Scottie scoring machine broke loose for eight more counters in the third quarter– including his final pair of three-point bombs – but visiting Tri-Valley saw the host Electrics hustle for 20 third period points – thanks to Clayton’s 10 more third-quarter points, and with help from PHS’s Demetrious Strickland’s five counters – as the black and gold took just a 64-56 lead at the end of the third quarter over their hosts.

And Philo was far from defeated, as the Electrics – thanks to Clayton scoring 15 of his team’s 16 fourth frame points – crept to within 74-71 midway through the final period of play, before the Scotties – behind Alex Williams’ nine-of-eleven fourth quarter free-throw show – hung tough down the stretch to get the win.

The OHSAA boys basketball postseason is right around the corner, as the Scotties jump on the tourney trail on Wednesday, Feb. 24 as the D-II, East District, No. 6 seed and will host the John Glenn Muskies (No. 14 seed) in Dresden at The Dawg House with a 7:00 p.m. tip-off. The TV vs JG winner will play the winner of the third-seeded West Holmes vs. 11th seeded Maysville game on Saturday, Feb. 27 on the higher seed’s home court.  Good luck to Coach Todd McLoughlin and the Scotties! 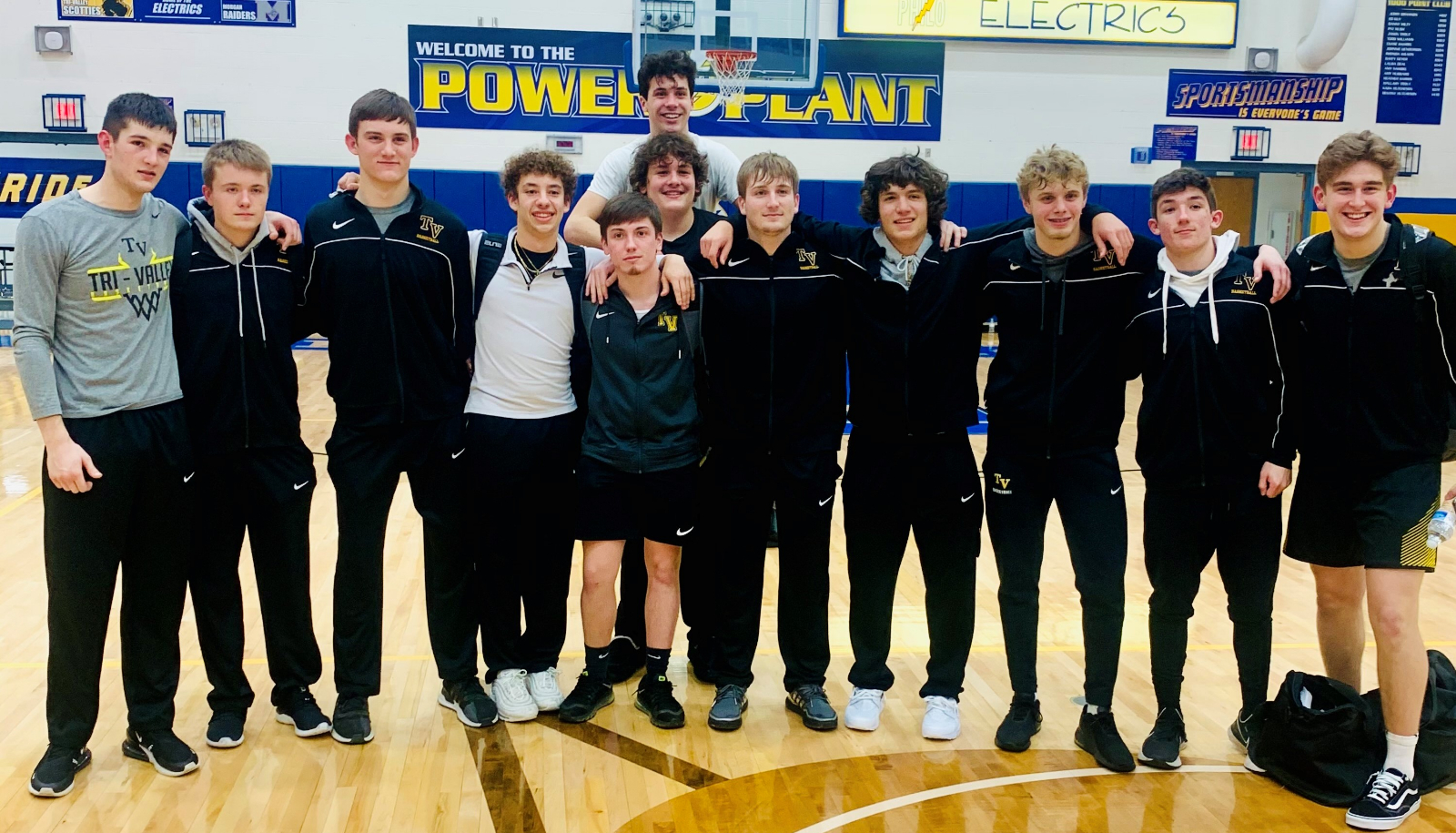