On Thursday night, April 22 at Coshocton, Tri-Valley softball’s Falon Wolford (pictured below) had a game she’ll never forget, as the hot-hitting sophomore slugged three home runs – one a grand slam – and knocked an eye-popping nine runs in to lead Coach Tom Crowley’s Lady Dawgs to a 20-2 win over the host Lady Redskins.  The win improved TV’s record to 8-10 overall.

Tri-Valley did all their damage in the middle innings, as the Lady Dawgs scored five runs in the third inning, plated eight in the fourth inning, and six more runs in the fifth to win going away over Coshocton.

Wolford homered in the third, homered and singled in the fourth, and hit a grand slam in the fifth, her sixth round-tripper of the year.  But Wolford had plenty of help offensively, as Brynn Miller was 4-4 at the plate with a pair of doubles and two rbi’s, while multiple-hit outings were enjoyed as well by Kierra Joseph (who also doubled), Emma Meadows, Mackenzie Hartrum, Rachael Cox (who doubled as well), and Kaila Smith for the winners.  Tri-Valley’s leading home run hitter on the season – sophomore Raegan Smith – also stroked her ninth dinger of the year – a solo shot – in TV’s eight-run fourth inning.

Lady Dawg hurler Kylan Brock earned the win in the circle, pitching a complete-game five-hitter, while giving up only one walk and one earned run.

After Monday night’s Kenny Wolford Park visit from the Philo Lady Electrics, the Lady Dawgs hit the road for a pair of conference contests, first a Tuesday night visit to Maysville, then a Wednesday night, April 28 date at John Glenn, before returning to their Don Barcus Field home diamond on Thursday night, April 29 to host the New Lexington Panthers. 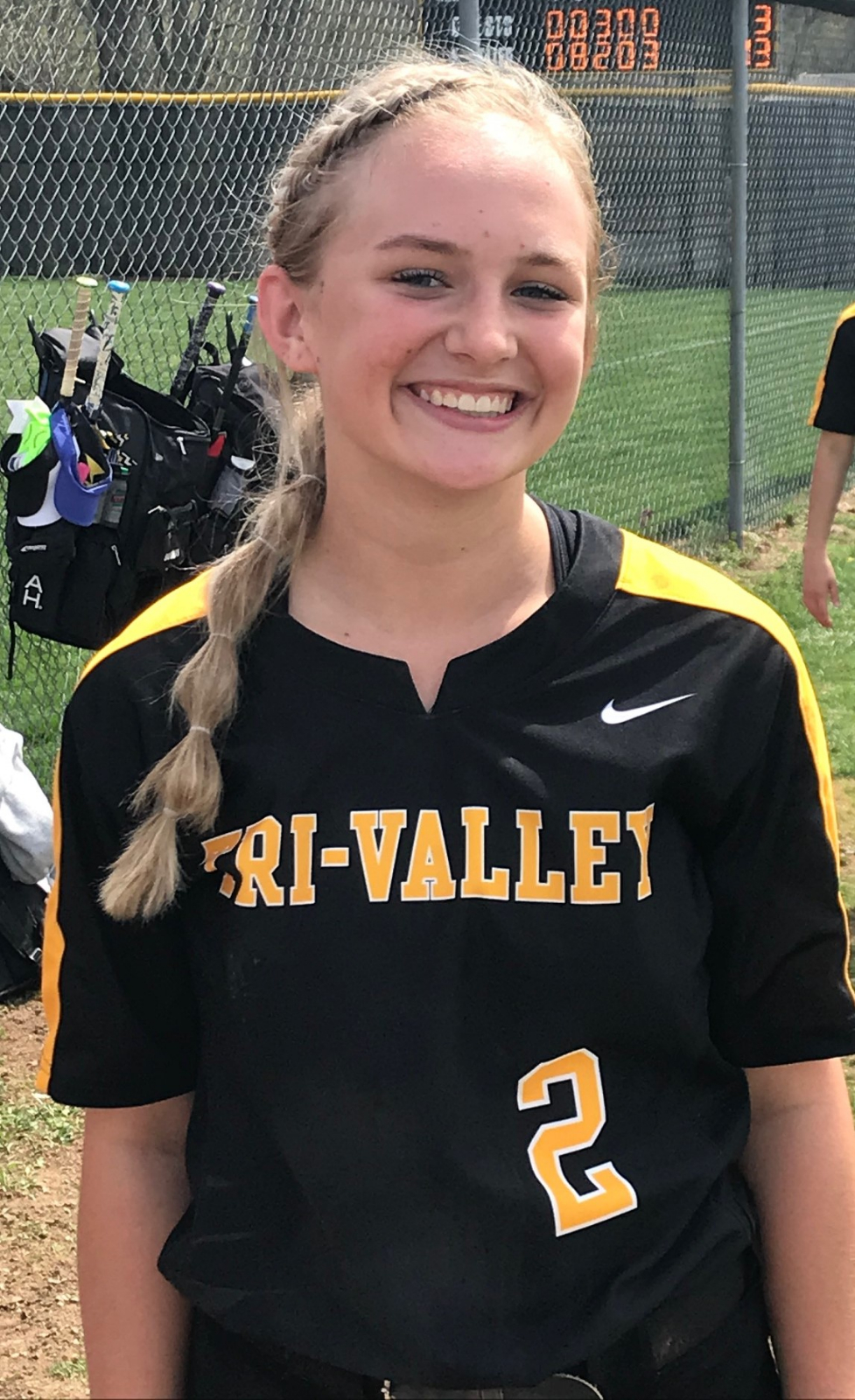 Tri-Valley softball sophomore slugger Falon Wolford had a game for the ages recently.  Back on Thursday night, April 22 at Coshocton, Wolford went four-for-five at the plate with three home runs – one a grand slam – and nine rbi’s in TV’s 20-2 win over the host Lady Redkins. The Lady Dawgs are back in action Monday night, April 26 at Kenny Wolford Park in Dresden vs. the visiting Philo Lady Electrics.