After picking up an extra-inning 7-6 victory on the road at new league member Coshocton on Thursday night, April 22, the Diamond Dawgs have dropped two straight – and both at home – a costly 4-2 loss to MVL ‘Big School’ division rival River View, then an 8-5 non-league loss on Saturday afternoon to visiting Lakewood.

In the Coshocton win, it was Landon Harney’s sacrifice fly that brought in the go-ahead run in the top of the tenth inning, then senior Aidan Fritter mowed down the host Redskins from the mound in the bottom of the inning to send the Scotties home winners.

The Scotties banged out 13 hits vs. Redskin pitching, as Fritter went 3-5 at the plate with a double, Trevor Yoder a 3-5 outing as well with a double and three rbi’s, and Hansel Holmes a 3-5 performance as well with an rbi.  TV’s Jake Kinder also had a pair of singles.  Senior David Coleman started on the mound and struck out to Redskins before giving way to Bennett Baker who struck out five in an inning and two-thirds, then Fritter closed the deal, throwing the final three innings with four KO’s.

Already owners of a victory over the Diamond Dawgs with their 9-5 win over TV back on April 2 in Warsaw, the visiting Black Bears managed just two hits off of Scottie pitcher Hansel Holmes, who went the distance, gave up two earned runs and struck out ten batters – but was saddled with the loss. The Scotties also committed four errors in the field.

TV’s six-hit attack was led by Luke Hill, who went 2-4 at the plate, Jalen Goins-Chandler with a double, and Aidan Fritter, Hansel Holmes, and Bennett Baker with singles.

On Saturday afternoon April 24 back at Wolford Park, the Diamond Dawgs spotted visiting Lakewood three runs in the Lancers’ first at bat, then roared back in the bottom of the first to plate five runs for a 5-3 lead after just one inning of play.

But that was all the runs the home team would score, as Lakewood answered with a run in the fourth inning, then a decisive four runs across the plate in the fifth inning to take an 8-5 win with them back to Licking County.

TV was led offensively by Aidan Fritter and Bennett Baker who had two hits each including a double apiece, and Jalen Goins-Chandler, Hansel Holmes, and Jake Kinder- all with a pair of singles each, with Holmes knocking in a pair of runs as well.

After Monday night’s visit from Philo, the Diamond Dawgs – now 9-4 overall and 5-3 in Muskingum Valley League play – hit the road for a pair of conference contests, first a Tuesday night visit to Maysville, then a Wednesday night, April 28 date at John Glenn, before returning to Wolford Park on Thursday night, April 29 to host the New Lexington Panthers. 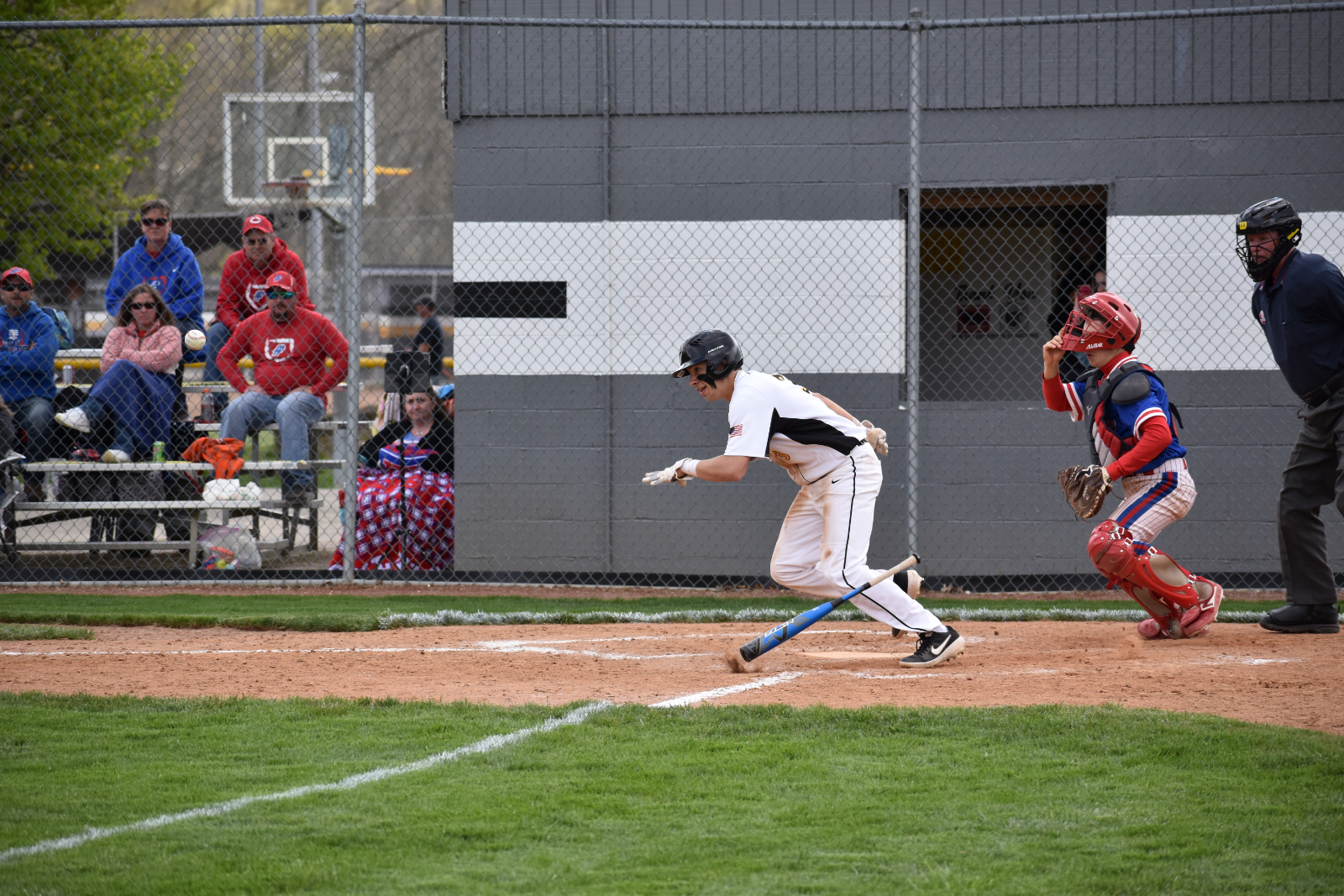 Whether it’s at the plate trying to beat out a bunt or an infield single, running loose on the basepaths, or chasing down flyballs from his centerfield position, Tri-Valley junior Jalen Goins-Chandler is a hustling playmaker this season for the Diamond Dawgs.  The Scotties are back in action Monday night, April 26 at Kenny Wolford Park in Dresden vs. the visiting Philo Electrics.  First-pitch is set for 5:00 p.m.