Coach Kevin Yoder’s Tri-Valley varsity baseball team bounced back nicely from a two-game skid, defeating a pair of Muskingum Valley League ‘Big School’ division rivals on consecutive nights, with a 9-4 Monday night, April 26 victory at home vs. Philo, then a 13-0 shutout win on the road over the host Maysville Panthers 24 hours later.

In Monday’s Philo win at Wolford Park, the Scotties scored early and often, pushing two runs across the plate in their first at-bat, then adding three runs apiece in the second and third innings to build a lead they would hold the rest of the way to get the win.

TV senior Aidan Fritter and junior Ty Smith paced the offense with three hits apiece, while Landon Harney and Bennett Baker each had two hits for the Scotties.  TV hurlers David Coleman and Bennett Baker threw three innings apiece for the winners, with Baker mowing down five Electrics on strikes.

Tuesday night on the road at Maysville, TV’s Trevor Yoder had the hot bat, nearly hitting for the cycle, as the senior catcher was 4-4 at the plate, with a home run, triple, and two singles, driving in four runs, and scoring three to pace the Diamond Dawgs to a 13-0 shutout win over the host Panthers.  Aidan Fritter went 2-4 at the plate with a double and two rbi’s, and Luke Hill also added a pair of hits – including a double and pair of rbi’s as well for the Scotties, who would get all the runs they needed with a five-run first inning.

The Scotties travel to John Glenn Wednesday night, then return home on Thursday, April 27 to host the New Lexington Panthers. 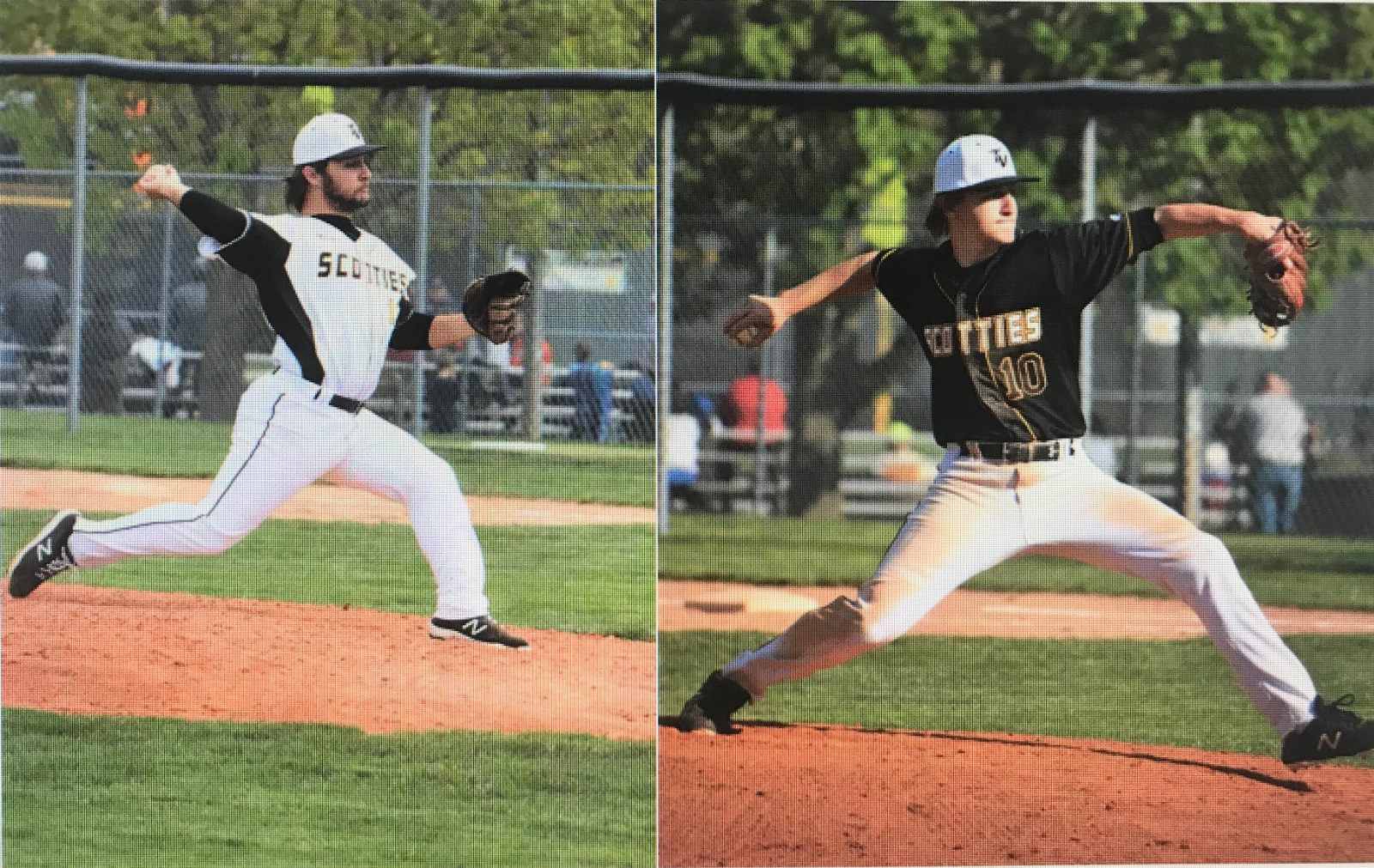 Pictured above are TV Scottie pitchers in recent action at Kenny Wolford Park.  Above left is Scottie senior David Coleman, and above right is sophomore Bennett Baker.